Close to the little town of Undva north-west on the island of Saaremaa (Estonia, Europe), there is a windy shore that was fully exposed to the northern and cold winds in the Baltic see today. The winds are colder, and the sea is a bit more rough than the sea around Elda Pank. To be honest, people living on the Atlantic coast of France, or in Hawai, will not consider the waves in the Baltic sea as being ‘rough’ or ‘high’. Unlike the Atlantic ocean, the Baltic sea is an enclosed sea surrounded by Sweden, Finland, Russia and … the Baltics. But if you consider the gentle breeze and the soft brushing of the water against the rocks around Vislandi Park, this part of the island of Saaremaa is less useful for a pick-nick at this time of the year.

On the other hand, the only living creatures I encountered were three swans, that gently plunged in the water, when they saw me walking on the beach. Yes, swans. As a city boy, I wasn’t expecting swans to swim in the sea, but you have to know that the Baltic sea is not salty at all – the water is brackish, nearer to natural water than one would expect from a huge enclosed sea as the Baltic sea. The only sound – again – was the sound of the wind and the waves. More loud than in Elda Pank, yes, but when the wind blows and freezes your cheeks, you feel nature at its purest. Lovely. Hope you enjoy the pictures. The first ones are taken from the road back to the car, which is in the middle of bush and a small wood. The others are the view on the Baltic sea from the Suuriku Pank. 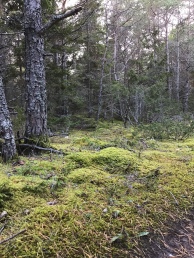 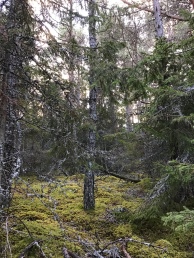 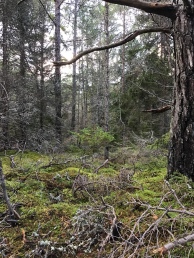 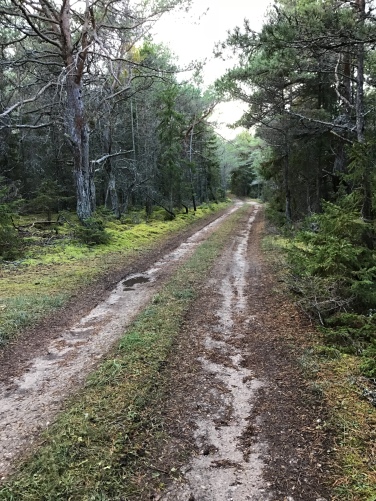 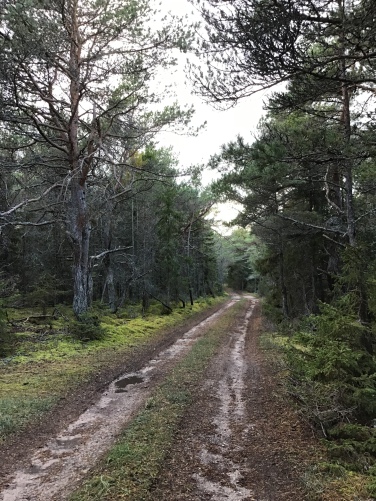 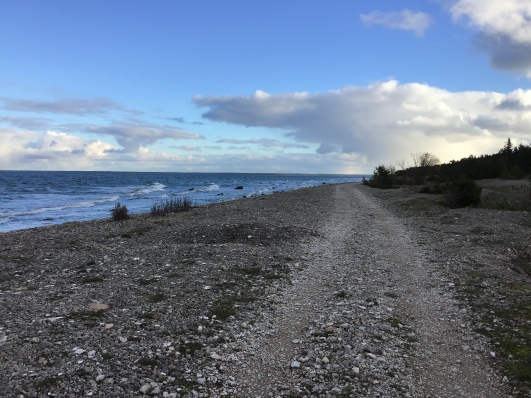 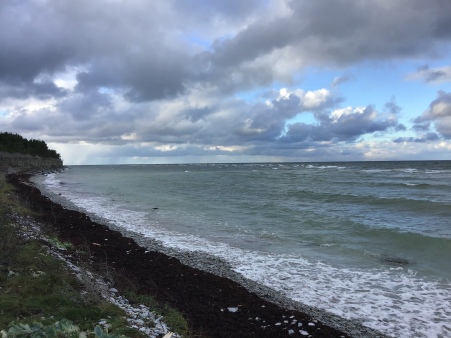