Have you ever been to Givet? It is a nice little French town close to the Belgian border in Europe. Givet has been the setting of a lot of historical battles around its citadel, which is still a nice example of the Louis XIV period Vauban military architecture. The citadel is worth a visit, if you happen to be around. And it also provided me with a great sound experiment. 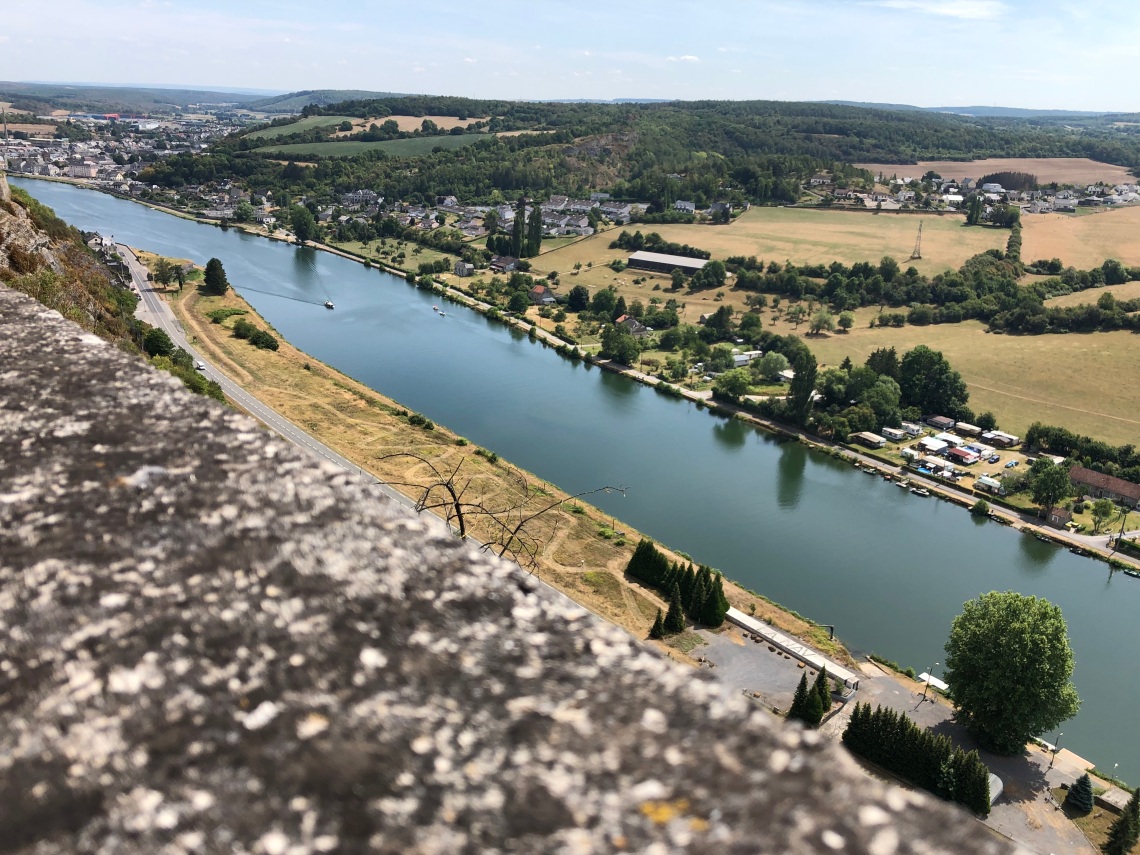 As you can see and hear, there is quite some traffic on a Sunday noon on the road alongside the river. It’s a typical 60ies valley concept: the roads and railroads are conceived along the river, which in the early days of last century provided a major transport means for the industrial revolution’s products and semi-finished goods.

I deliberately added a view on the two exhausts of the nuclear power plant of Chooz, as a reference point. And now, there is almost nothing the hear.

Also within the Vauban trenches, and inside the citadel’s fortifications, it was nice and quiet. As it was on the back of the citadel (blue arrow):